This Singapore-based entrepreneur just completed a carbon-negative trip to Antarctica – here are her tips to stay green, Singapore News


Describing oneself as being wanderlust is common these days, but when it comes to why they choose to travel, Maanasa Gopal might have the most compelling reason of all.

The Singapore-based entrepreneur is no stranger to unconventional travel experiences, from hitchhiking across Iran to living in the Sumatran jungle.

This time around, the 25-year-old youth climate advocate completed a carbon-negative journey from Singapore to Antarctica to study the effects of climate change.

Yes, you read that right – from the tropical climate near the equator to the sub-zero temperatures of the world’s southernmost continent.

So, why this trip? It’s all part of the 2041 ClimateForce’s Antarctic Expedition, a programme that aims to provide young leaders the opportunity to travel to Antarctica and work with global experts on climate policy, such as preventing the revision of the Madrid Protocol which currently protects the continent from human exploitation.

Where it all began 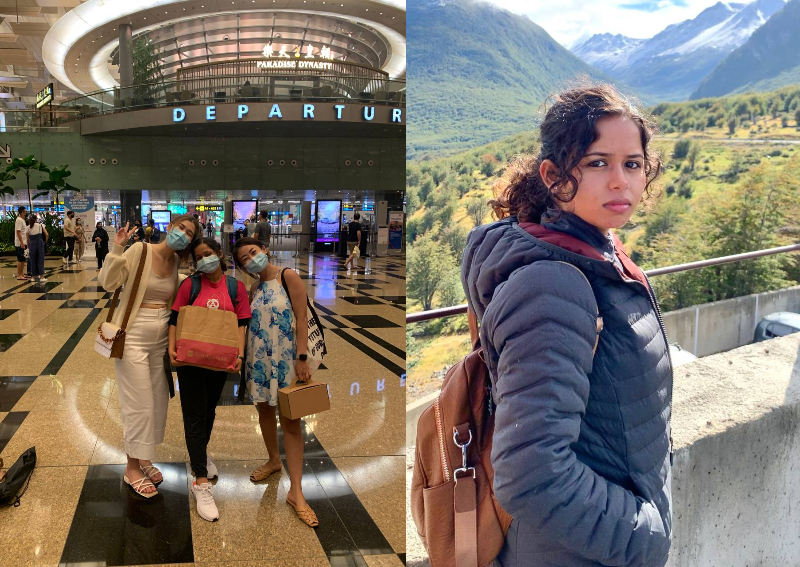 Maanasa has been adopting sustainable habits into her daily life for just over a decade and if you’ve had a right go at sustainable living, you’d understand that that’s no mean feat.

Her love for science from a young age was how it all started.

“I loved learning about the planet and its flora and fauna which led me [down] the rabbit hole of understanding how human activities destroy the planet,” Maanasa shared.

This experience affected her so much that she was convinced to adopt a sustainable lifestyle early on in life. Her parents’ influence was key as well, as Manaasa picked up vegetarianism and minimalism (intentionally living with fewer possessions) from them.

Her passion for sustainable living continued into her adult life as she pursued a career in science as an environmental-biochemistry researcher after graduating university.

“My desire to preserve nature and leave a minimal negative impact on our planet are my biggest driving forces,” Maanasa said with gusto. 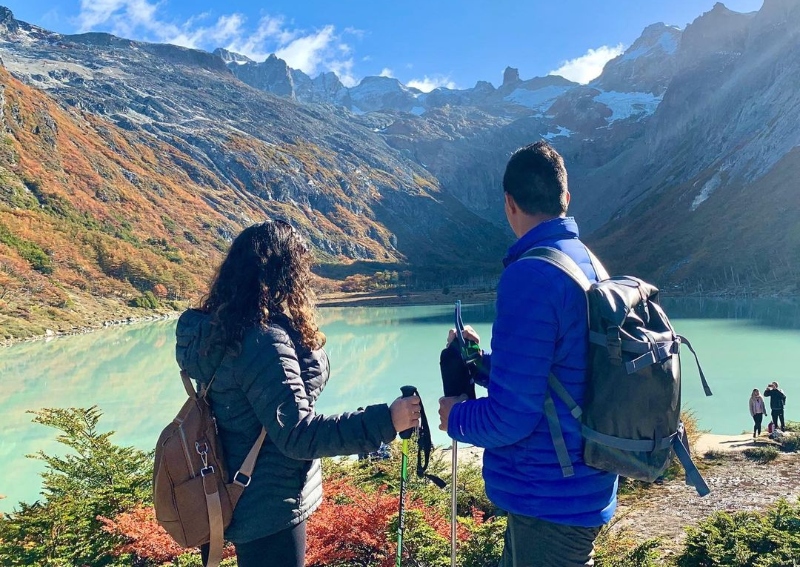 On a national level, Singapore is trying to advance the nation’s agenda on sustainable development with nationwide movements such as Singapore Green Plan 2030. However, translating that to individual action is tricky as many may not understand the urgency of the global climate crisis, according to Maanasa.

Upon deciding on adopting a sustainable lifestyle, an individual has to then consider a multitude of factors including “accessibility, costs, willingness to adopt new behaviours, and convenience”.

It can get a bit overwhelming at the start so Maanasa’s simple tips will definitely come in handy for those who’ve decided to go green.

“Start small and don’t be too hard on yourself,” she said.

Being overly self-critical is a common pitfall for many and Maanasa reaffirms her point by insisting that a change in lifestyle need not occur overnight.

“You don’t need to change your lifestyle all at once tomorrow; you can change one habit a week. When you’re finding it hard, remind yourself that your little change will have a positive impact on our planet and its inhabitants,” she added.

Trading NFTs for a good cause 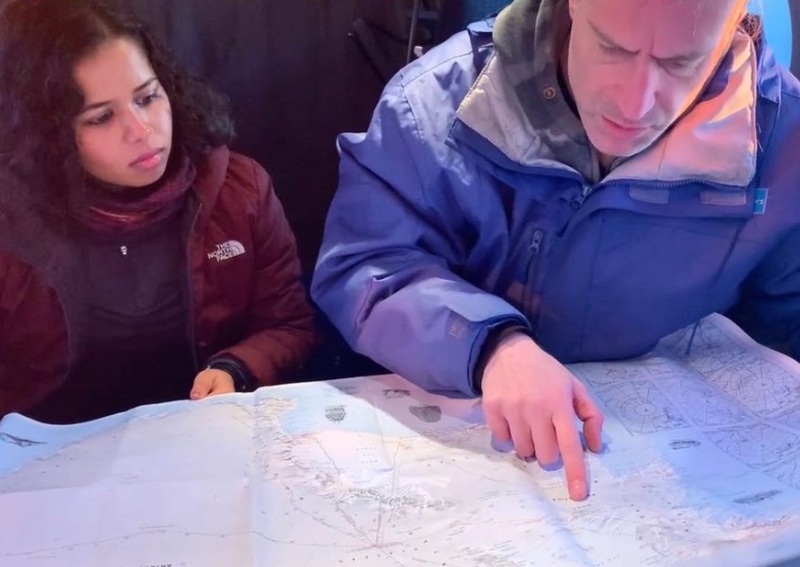 Non-fungible tokens (NFT) are all the rage these days, aren’t they? NFTs played a part in Maanasa’s trip as her teammate, Aditthya Ramakrishnan, and her minted the world’s first carbon-negative NFT in Antarctica (Antarctica Against All Odds).

100 per cent of proceeds are going to organisations that focus on solving the global climate crisis and providing education to future generations.

Participating in environmental projects – including wind, solar, and hydroelectric – across the globe would help the entire Expedition achieve its goal to be carbon-negative.

By utilising adventure as a vehicle to preserve the planet, the hope is that such an experience can equip individuals like Maanasa with resources and connections to become change leaders and assist in accelerating the process for a more sustainable future.

Foodpanda has sponsored US$13,000 (S$17,700) in support of Maanasa’s trip. The money will go towards the International Antarctic Expedition for Climate Change and its mission of offsetting 360 million tonnes of carbon dioxide by 2025.

Not only that, the delivery platform has also provided care packs filled with goodies such as local snacks (think cream crackers and instant teh tarik sachets) and daily necessities for the research team based in Antarctica. 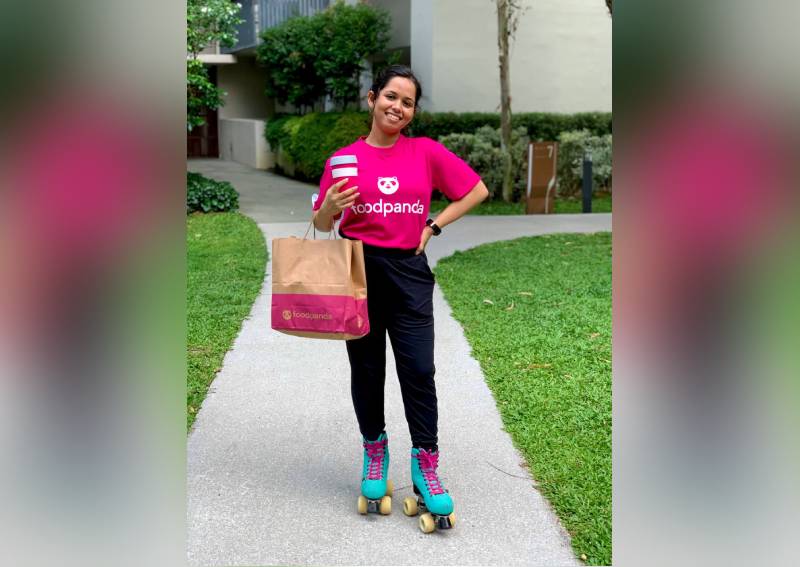 An initiative focused on the redistribution of excess unsold food in Singapore came about from a partnership between free community-sharing app Olio and pandamart by foodpanda.

The surplus food includes perishables nearing their shelf life and canned goods with minor packaging defects, and pandamart then redistributes them to the local community via the Olio app.

The initiative was trialled in pandamart Whampoa in December 2021 and thus far, almost 600kg of food, providing 1,500 meals have been redistributed to over 250 families till date.

These efforts are in line with the values held by foodpanda’s new ambassador Pau-Pau. Let’s not judge a book by its cover as Pau-Pau is more than just an adorable mascot. The fun and free-spirited panda champions empowerment and sustainability, making him the perfect fit to be part of foodpanda’s green agenda.

If you’ve noticed, sustainability initiatives such as the cutlery opt-out feature have been a default lately and this alone has helped save 554 million pieces of single-use plastic in 2021.

So, the next time you order grub from foodpanda, why not opt for the pick-up service? You’d be saving delivery fees and reducing carbon emissions.

You’d also probably help make a panda’s day and who wouldn’t want that?

This article is in partnership with foodpanda.

The digital asset exchange and fintech enterprise has a range of unique offerings that sets it apart from other leading...

How MLB and Volkswagen are using NFTs to boost loyalty

From Lamborghini to Major League Baseball, brands of all types and sizes are experimenting with non-fungible tokens, or NFTs. For...