NFTs In A Nutshell: A Weekly Review

Could a U.S. state purchase NFTs? One lawmaker is proposing state legislation to allow the state the ability to do so. Meanwhile, European automaker Alfa Romeo is breaking into NFTs in a way that integrates utility in a one-of-a-kind way – without taking a consumer-first approach. And NFT rugpulls are becoming increasingly commonplace.

It’s just a few of the major pieces of the past week of NFT news. Let’s jump into this week’s Nutshell to detail all of the action.

Is Salesforce Working On An NFT Token Cloud Station?

Cloud-based firm Salesforce is reportedly planning an NFT marketplace, according to various sources that cited an online Salesforce event. The San Francisco-based company is publicly traded on the New York Stock Exchange, and one of the market leaders in cloud solutions for customer relationship management.

Salesforce co-CEO Marc Benioff purchase Time Magazine, which has been a publication uniquely active in the NFT space, in 2018. There was reportedly internal discussion around whether the company would partner, or potentially be seen as a competitor to OpenSea.

There was a big bucket of drama in the NFT community last week that we covered in our last edition of the Nutshell, and one of those was the major pushback around the World Wildlife Fund’s (WWF) first NFT endeavor. The Fund sought to mint NFTs that educated individuals and raised funds for environmental causes. And despite taking an environmental focus, with plans to mint the project on Polygon, the public pushback was too immense, and the WWF has since discontinued the project. 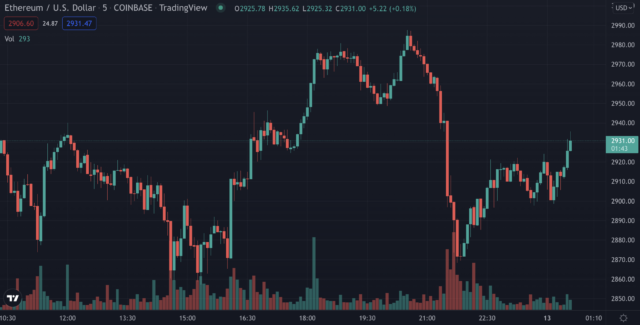 This SUV Comes Pre-Loaded With An NFT…

Italian auto manufacturer Alfa Romeo made headlines this week, announcing that it’s new Tonale SUV will come equipped with NFTs to ‘certify’ the vehicle and can be used to verify that a vehicle has been serviced correctly.

It’s a refreshing new integration for NFTs and automakers, as many other premium auto brands, such as Ferrari and Lamborghini, have focused on professional racing integration, or simple IP integration into NFTs. Crypto has also found it’s way into chatter in racing properties like NASCAR and most recently, Hendrick Motorsports.

Could U.S. States Invest In NFTs?

A new bill in Tennessee proposed by state lawmaker Jason Powell, House Bill 2644, could authorize a county, municipality, or state investment in crypto, blockchain tools, and NFTs. Powell has also suggested a bill to create a study committee to help drive the state to become “the most forward-thinking and pro-business state for cryptocurrency and blockchain and to foster a positive economic environment for blockchain and cryptocurrency.”

Rugpulls are often associated with new ICOs, and are still rampant throughout the crypto community space today. However, rugs are being increasingly associated with NFT projects that outline detailed roadmaps for the future, and bring to market unique art, and then abandon the project, often times failing to pay devs and/or designers and abandoning community social pages.

The latest in this space is seemingly ‘Squiggles,’ a new NFT project that minted in recent days, that has resulted in substantial pushback from the NFT community after a ~60 page manifesto outlining the scamming founders.

Twitter was the de-facto leader in having users set their profile pics to NFTs. However, many other social media sites are seemingly adopting this theme, and now adult content platform OnlyFans is the latest site to adopt NFT profile pics. “This feature is the first step in exploring the role that NFTs can play on our platform,” said CEO Ami Gan. The platform has continued to make a push to shift it’s identity from strictly an adult creator platform, and sought the onboarding of new verticals of content. This move to adopt NFTs could signal it’s latest effort to do just that.

YouTube has been another social media site that has been increasingly mentioned around NFT adoption, and is seemingly working on blockchain tools for creators on the platform. We’ve also seen projects on other social platforms, such as Reddit, come to life.

Dutch officials told the non-profit DeFi Education Fund that it "may be punishable" if a developer writes code “for the...

Source: AdobeStock / Barna Tanko Get your daily, bite-sized digest of cryptoasset and blockchain-related news – investigating the stories flying under...

In brief NFT fractionalization platform Fractional has rebranded to Tessera and raised a $20 million Series A funding round. Fractionalizing...