The correlation between bitcoin price and the stock market has grown to new highs this year. As a result, the movements in the macro markets have had a great impact on the price of bitcoin, one of the reasons behind the recent decline in price. But as time has gone on, bitcoin has been working towards decoupling itself from this high correlation. Present data shows that the cryptocurrency may be having some success after all.

A number of factors have been behind the weakening of bitcoin’s correlation to the stock market. Some of these are quite obvious, while others remain a little bit behind the scene. Nonetheless, the end result has been the same.

Bitcoin miner sell-offs have been one of the most prominent in recent times. With the decline in price, miners have been forced to sell their holdings amid rising interest rates and growing energy prices.

Another factor was one of the largest public companies selling off their BTC holding. Tesla had held about 48,000 BTC but had eventually sold off 75% of all its holdings. This reduction in bitcoin holdings from large companies saw bitcoin’s correlation to the companies’ performance drop. 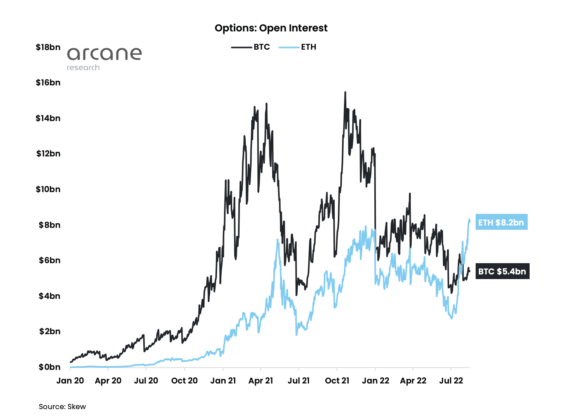 There has also been a decline in the funding crypto companies are receiving. As the market enters into another stretched-out bear market, these investments are expected to continue to decline. Add in the increased cost of capital and access to PE, and bitcoin’s correlation with the stock market has begun to weaken.

In the last few months, bitcoin has maintained a relatively constant correlation with the stock market. This has to do with performance, whether outperforming or underperforming in relation to stocks. One of the most prominent pieces of evidence of correlation is the tendency to grow high when there are gains in the stock market. However, August has shown a different streak for both markets.

Usually, when the stock market is recording some kind of gain, the price of bitcoin has responded by outperforming. But in the month of August, the Nasdaq is up so far by 5.77%, whereas bitcoin has only seen 2.67% gains for the month. This deviates from the natural trend of bitcoin posting higher gains compared to the Nasdaq, evidence that the stock market correlation is weakening.

Despite this, the correlation to Nasdaq is still relatively high. Arcane reports the current level at 0.55. So while there is definitely some form of weakening going on, it remains highly unlikely that these factors would be able to cause a complete weakening and decoupling from the stock market.

Talk of crypto policy in the U.S. tends to revolve around rumblings from the Securities and Exchange Commission and taxes.But...

Institutions are hesitant about investing in Bitcoin, cryptos – Here’s why

The latest insights into digital asset investment products (DAIP) and their weekly numbers highlight a troubling trend. Needless to say,...

Cryptocurrency investors have had a rocky 2022. But we're now entering a time of year that's usually good for crypto...