Chainlink network is witnessing a spike in accumulation by large wallet investors as staking goes live in less than 48 hours, introducing LINK holders to an opportunity to earn rewards. Chainlink price could breakout soon, hitting the $7.80 level.

Also read: Chainlink price could surprise LINK holders, as it prepares for staking on Ethereum

Chainlink, the native token of a blockchain oracle project, is witnessing an increase in accumulation. Large wallet investors holding between 1,000 to 1 million LINK tokens collectively have accumulated 26.8 million Chainlink tokens within two months. 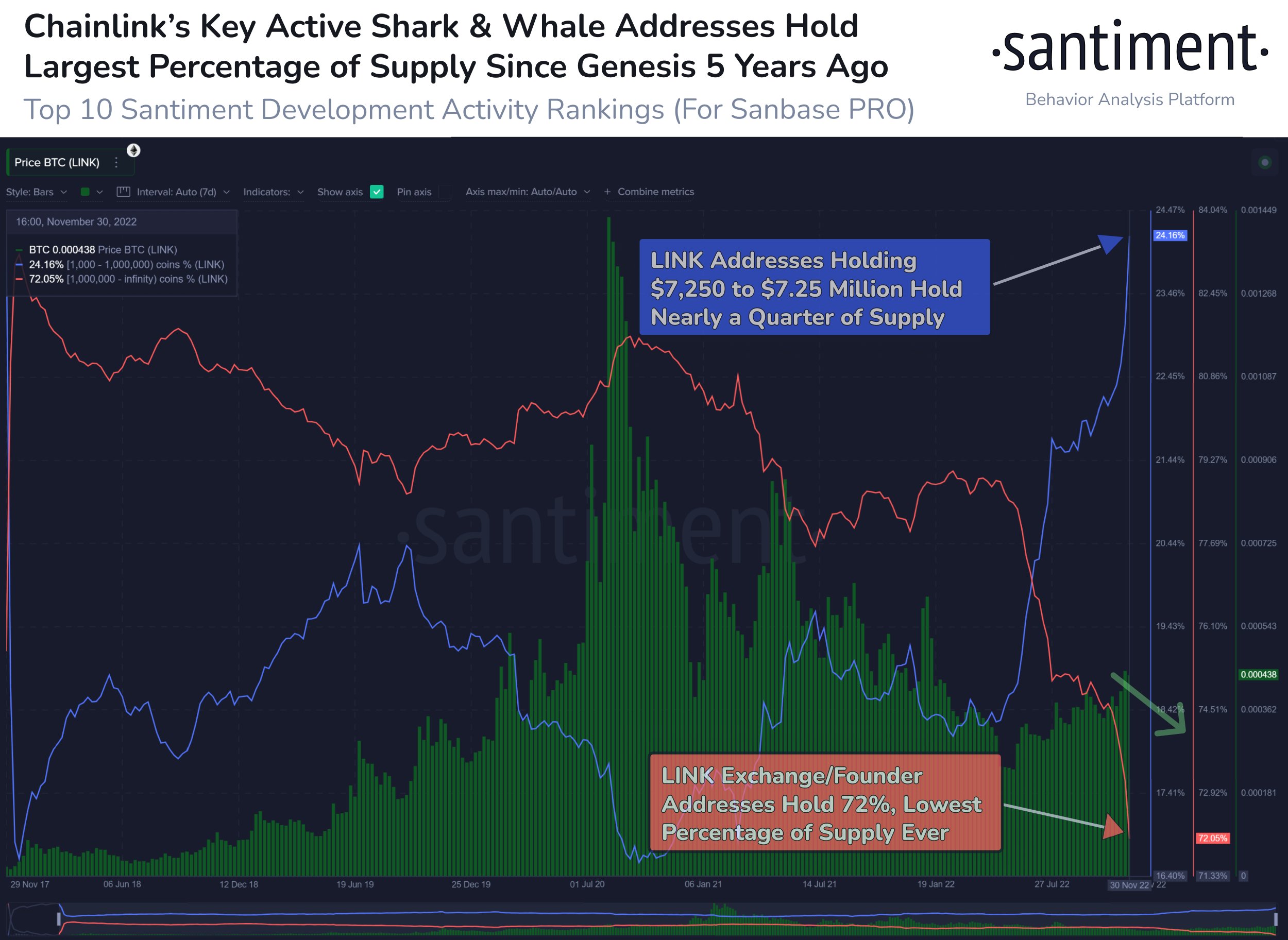 Accumulation by whales is considered a bullish sign for an asset. The sentiment among Chainlink holders has turned bullish. While exchanges and founder addresses of Chainlink hold 72%, the lowest percentage of supply ever, large wallet holders have accumulated LINK at a fast pace.

Chainlink staking will be live in under 48 hours

Chainlink network announced that the staking feature for LINK holders goes live in less than 48 hours. Traders need to self-custody their LINK tokens in a crypto wallet to participate in Chainlink staking.

It is recommended that users check whether they are eligible for early access, by visiting the “Staking App.” If eligible, LINK tokens can be staked as early as December 6. For all other users, general access opens on December 8.

Chainlink holders can self-custody their LINK through MetaMask, Ledger or Trezor, the latter two are hardware devices. Self-custody is the possession of the private key of digital assets held by oneself. This implies, the user is responsible for safeguarding access to their assets and their private key, the information is not stored anywhere else.

Chainlink price is up nearly 10% over the past week as the altcoin gains higher popularity among whales and large wallet investors. At press time, LINK price is trading at $7.56, up 3% overnight. Based on the LINK/USDT price chart below, Chainlink has found support at $7.31. Chainlink price has been in an uptrend since November 22, and the next target for LINK is the weekly high of $7.81. 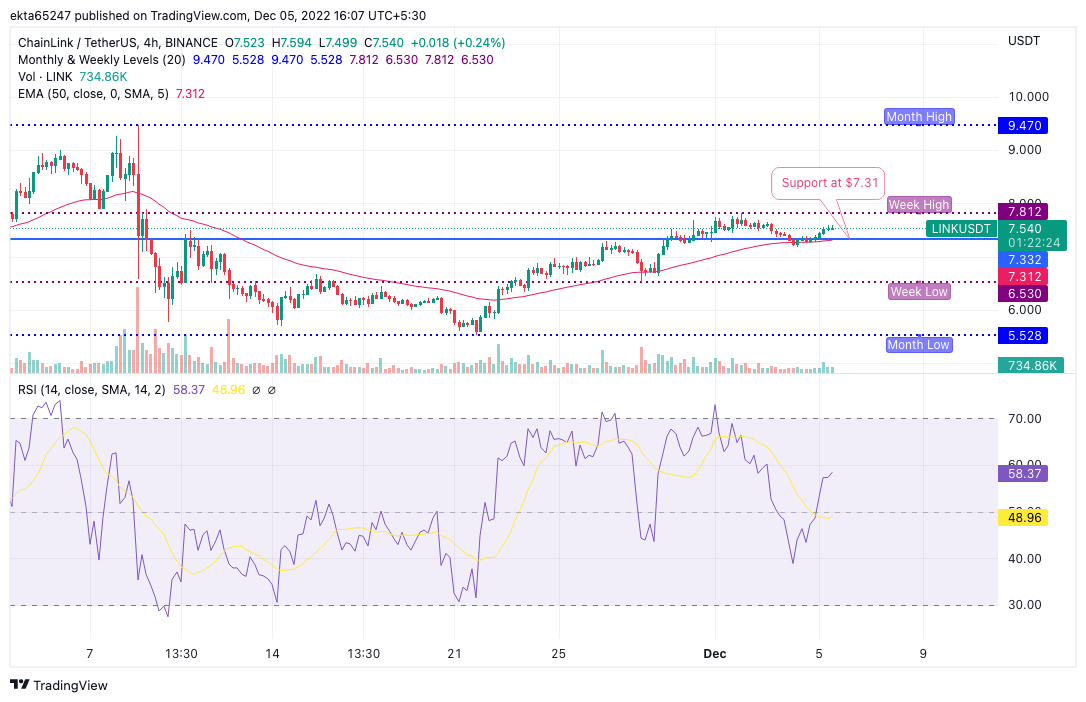 If LINK price plummets below support at the level of the 50-day Exponential Moving Average (EMA) at $7.31, it would invalidate the bullish thesis.

Pentoshi, a technical analyst on crypto Twitter shares a bullish outlook on LINK. Pentoshi believes Chainlink could witness a 20% surge, and hit the $8.88 level soon. 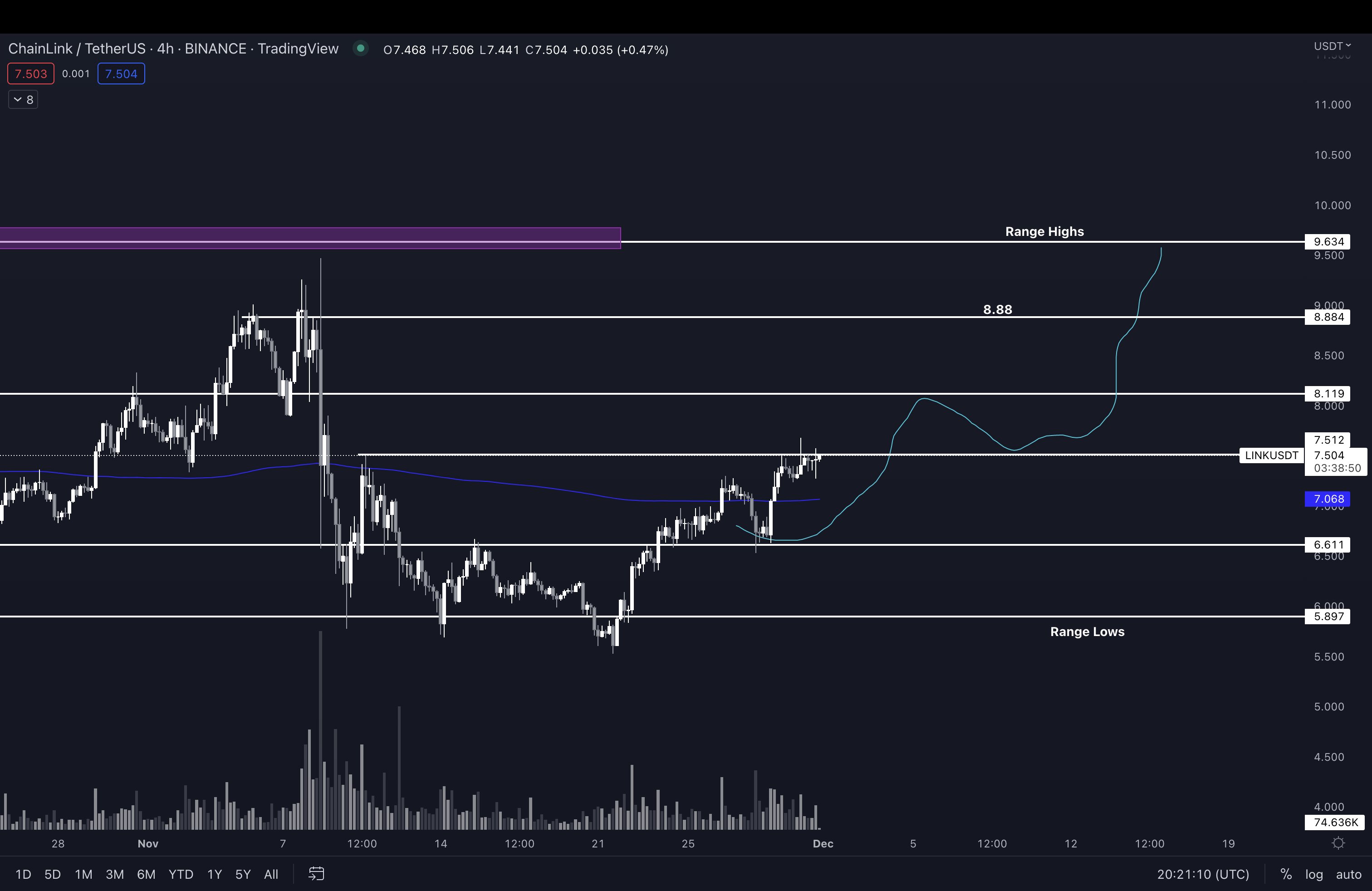 Chainlink could therefore outperform other altcoins following a bullish breakout in its price.

Old altcoins are back in vogue  FXStreet Source link

These Altcoins Are Getting a Lot of Attention-Will They Outperform the Bitcoin Price Rally? – Coinpedia Fintech News

These Altcoins Are Getting a Lot of Attention-Will They Outperform the Bitcoin Price Rally?  Coinpedia Fintech News Source link

Visitor attractions trends to watch in 2023