Bitcoin hits four-month high as whales step in, but is there trouble incoming?


Several important indicators show that whales have played a significant role in Bitcoin’s [BTC] recent upswing. The king coin surpassed the $22,000 price point for the first time in four months. However, despite the recent substantial increase, a sizable portion of the supply was sitting on Unrealized Profit at press time.

Whales on the gas

Bitcoin started 2023 on a high note, breaking past key price resistance levels to recoup previously lost ground. According to Santiment’s data, whales have been instrumental in BTC’s ascent, as they significantly increased their accumulation since the advent of 2023.

As of this writing, whales have amassed approximately 64,000 Bitcoin, which was worth over $1 billion.

Santiment further reported that the bulk of the $1 billion+ accumulation occurred over the last 15 days. Moreover, whales holding 1000 – 10,000 BTCs were responsible for this accumulation.

Bitcoin’s price increased by 34% in the past 30 days and 20% in the past seven days. At press time, Bitcoin was 68% below its all-time high of almost $69,000, reached in November 2021. However, the latest advances suggested a strong comeback after a lackluster 2022.

As of this writing, Bitcoin was trading at over $22,800. This represented an increase in value of almost 40% from the start of the surge. When the On-Balance Volume was examined, it was found to be increasing and, more crucially, to be moving in tandem with the price movement.

Analyzing the chart closely also revealed that BTC was attempting to create a support level around the $20,000 mark.

Is your portfolio green? Check out the Bitcoin Profit Calculator

In addition, the coin was experiencing a bull run per the Relative Strength Index (RSI). The RSI reading was over 70, indicating overbought conditions; it was there since the beginning of the rise on 11 January. As whales become more active, prices may continue to increase and remain in the overbought zone.

Unrealized Profit on the rise 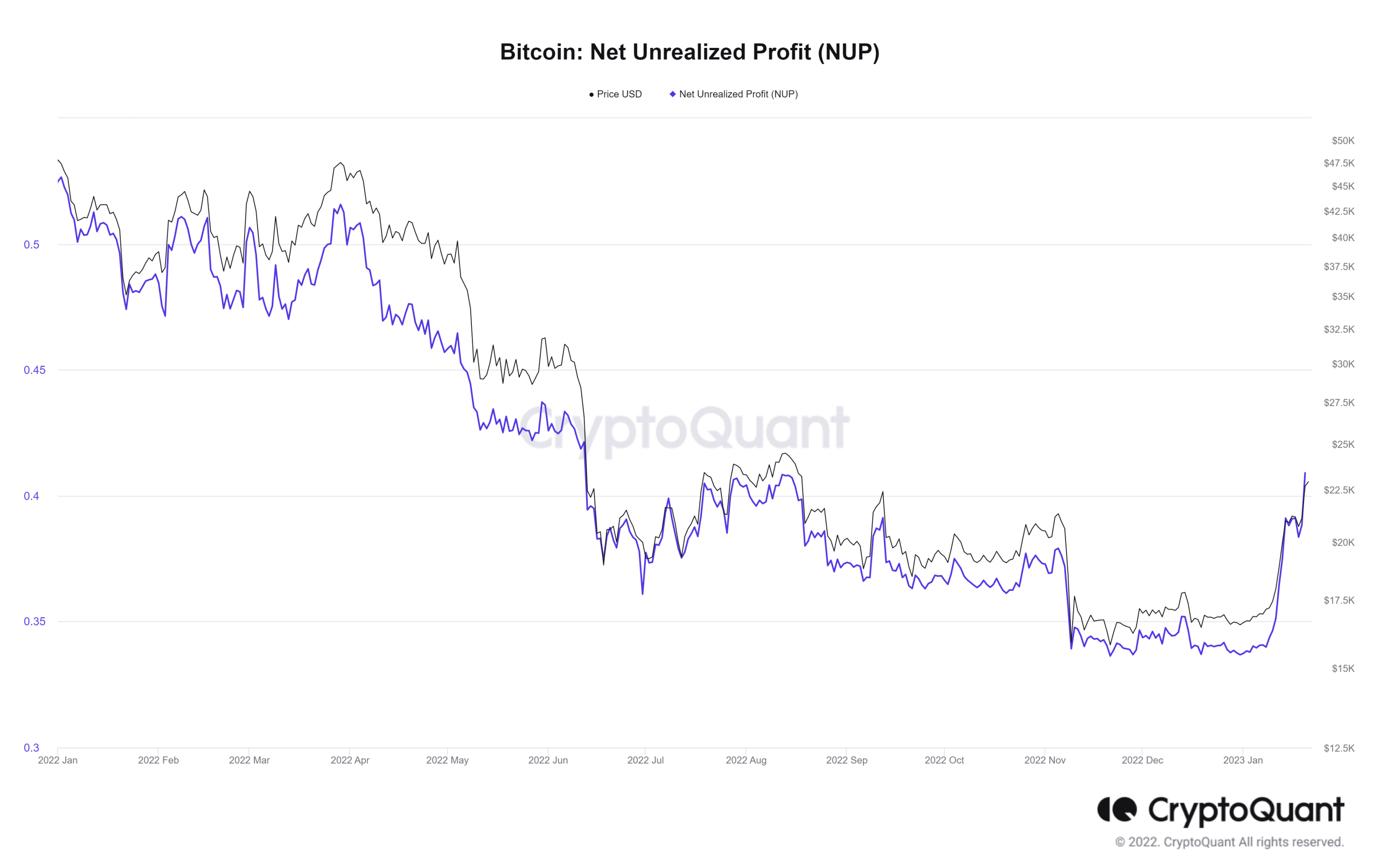 Is it possible to achieve financial freedom with Bitcoin?

Is it possible to achieve financial freedom with Bitcoin?

Over the last 14 years, investors have been attracted to Bitcoin (BTC) for many reasons — from being a potential...