by URECOMM NEWS
in Crypto Mining
0


Editor’s Note: With so much market volatility, stay on top of daily news! Get caught up in minutes with our speedy summary of today’s must-read news and expert opinions. Sign up here! 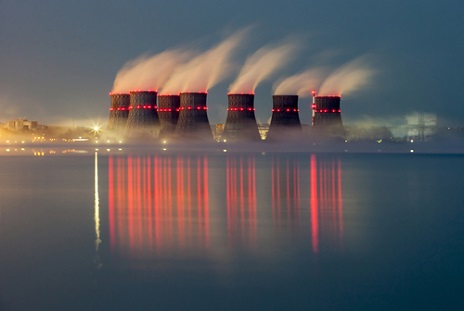 (Kitco News) – As the quest to locate the cheapest form of energy to mine Bitcoin (BTC) continues, one firm in the U.S. has announced that its first nuclear-powered data center offering Bitcoin mining is set to begin operating in the first quarter of the year.

According to a report from World Nuclear News, Talen Energy subsidiary Cumulus Data has completed construction of the Cumulus Susquehanna data center in Pennsylvania. The center is expected to start hosting nuclear-powered Bitcoin mining and cloud computing services in the first quarter of 2023.

The new 48-megawatt (MW), 300,000 square-foot data center is powered by a direct connection to the 2.5-gigawatt Susquehanna nuclear power station in northeast Pennsylvania.

“Our flagship Cumulus Susquehanna data center campus is positioned to welcome its first tenant and commence commercial operations this year,” said Cumulus Data CEO Alex Hernandez. “We look forward to advancing our mission to solve the energy ‘trilemma’ which we define as the rapidly increasing consumer demand for zero-carbon, low-cost, and reliable electricity by data center customers.”

The 1200-acre campus is the first of its kind in the U.S. and is expected to have a competitive advantage due to its direct connection to the power station, which means there is no “intermediation by legacy electric transmission and distribution utilities.”

Cumulus is in the process of developing two additional 48 MW powered shells which will eventually bring the aggregate capacity of the campus to 475 MW. The company has also identified 18 additional Talen energy sites that hold the potential to have data centers directly connected to generation.

The development of the Nautilus Cryptomine on Cumulus Data’s campus first began back in August 2021 when Talen Energy partnered with the U.S.-based Bitcoin mining firm TeraWulf, an infrastructure-focused Bitcoin mining company dedicated to accelerating the transition to a zero-carbon future.

In its most recent update, TeraWulf said it was “in the initial stages of ramping its mining operations and is expected to provide 50 MW of net mining capacity to TeraWulf in Q1 2023, representing the Company’s 25% interest in the joint venture.”

As the push to promote environmentally friendly Bitcoin mining gains momentum, interest in mining continues to grow as demonstrated by the Bitcoin network hashrate, which hit a new all-time high of 276.9 TH/s on Jan. 19 according to data from Blockchain.com. 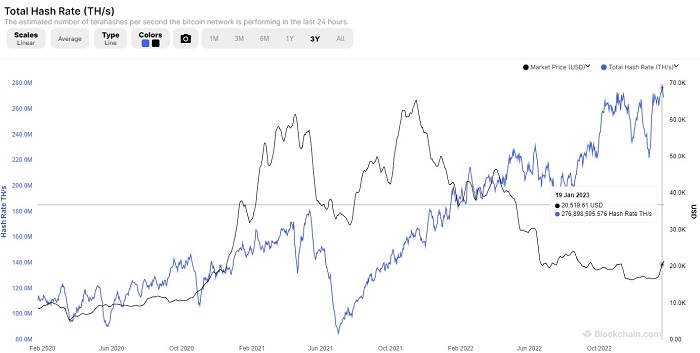 The sudden jump in mining hashrate seen at the end of December was the result of numerous U.S.-based mining firms coming back online after winter storms forced them to shut down operations. The U.S. remains the global leader in contributing to the Bitcoin hashrate, with 35.4% of its hashrate currently being generated by mining operations in the country.

Dive Brief: Amesbury, Massachusetts-based BankProv will no longer offer loans collateralized by machines that mine cryptocurrencies, the bank said in...

This Bitcoin mining ETF rose more than 80% in January, leading all other ETFs

Vitalij Sova Exchange traded funds related to Bitcoin mining sat at the top of the ETF performance list for January,...